The ALFA MODEL CLUB will organize the XXIII Edition di EUROMA on September 3 to 5 2021, at the Hotel Villa EUR, P.le Marcellino Champagnat 2, 00144 Rome.

1) The following static model CATEGORIES may take part in the contest/exhibition:

Those intending to participate in the NAVAL category need to notify the Organization, see contacts at the end of this note, by 1 September, 2021, stating the model’s name and its dimensions. ALFA MODEL reserves the right to reject naval models, which do not correspond to the description sent by the modeller.

2) Registration costs Euro 16,00 per modeller, which will be cover part of the exhibit expenses.

Registration to the contest implies the acceptance of the present rules. The contest is open to all national and foreign modellers, whether they be Clubs or individual modellers.

The Organization reserves the right to reject models not compatible with the contest’s model type characteristics.

JUNIORES under 14 years of age do not need to pay for registration.

The “MASTER” category is open to all modellers who have already received national and international prizes; however, this doesn’t mean that other modellers who think that they may be eligible for this high-level competition may not register in this category. The Organization reserves the right to register modellers of known experience and merit as “MASTER”. It will be possible to present one’s models as a DISPLAY, the realization of which will be the modeller’s responsibility, the display occupying a max space of cm 30 length x cm 20 depth. Displays with dimensions over cm 30 x 20 need to be notified to the Organization in advance and the Organization reserves the right to reject them.

The Organization reserves the right to transfer the displays to the appropriate category, in case of incompatibility with the category chosen by the modeller.

4) The Juries will be composed of modellers and collectors.

The Juries’ judgment is unquestionable. However, participants may question judges for clarifications, but only after the competition ending and in a courteous way. The Juries and organizers are not to be held responsible for model ownership.

5) CONTEST and SPECIAL PRIZES are also to be given out.

For more info, please consult the website https://www.alfamodel.eu/. The models registered for the competition will automatically be registered to the appropriate contest category.

6) MODEL SUBMISSION: will take place on Friday 3 September, from 15.00 to 19.00 and Saturday 4 September, from 09.00 to 13.00, in the exhibit room of the Hotel Villa EUR, P.le Marcellino Champagnat 2, 00144 Rome. Each modeller must turn in both the models and the print of the registration form completely filled in online. In case of the modeller registering at the moment of model submission (in case of the impossibility to pre-register online), he/she will need to turn in a legible list of models and their description, category, etc., so as not to slow down the registration process. Incomplete registration forms will not be accepted. It is possible to display models in a display case property of the modeller. The ALFA MODEL Association will set up a surveillance service so as to preserve the models’ integrity; however, responsibility for theft or damage to models is declined by the Association. We also point out that the organizers reserve the right not to display models, which are too fragile or offensive to the public.

From July 1 to September 2, 2021 online pre-registration will be open on the www.alfamodel.eu site, which will accelerate model registration.

PLEASE DO USE THIS FACILITY!!!!

In order to reduce wait time at the secretariat, you’ll find a link leading to the printable labels (e.g. C3 – 1203) for your models, at the end of the confirmation mail after online pre-registration. Once you printed your labels (containing only the codes, without the models’ names), please apply them to your model base so they are well visible. This action is VERY important.

Models MUST be collected by modellers starting Sunday 2:30 p.m. (after exhibit closing)

Model collection by modellers continues after the end of prize-giving.

Models that have not been removed will be kept for a month, all responsibility for damage being declined. After this period, all unclaimed models will become property of ALFA MODEL. The Organization reserves the right to photograph and file models and to post the resulting pictures and videos on its site, or to utilize them in various ways, however always without any commercial purpose.

N.B. For particular requests or problems, please contact the Organization via the phone numbers below or via e-mail at alberto.fabri@tiscali.it.

For other info and updates, please visit www.alfamodel.EU

A – MILITARY AND CIVIL AIRCRAFT, HELICOPTERS

Aircraft up to 1945 or other propeller aircraft

Aircraft after 1945 or jet propelled

A7 – AIRCRAFT built from kit, modified or scratch-built scale up to MASTER 1/72

A8 – AIRCRAFT built from kit, modified or scratch-built scale up to MASTER 1/48

A9 – AIRCRAFT built from kit, modified or scratch-built scale up to MASTER 1/32

Aircraft after 1945 or jet propelled modified or scratch-built

A10 – AIRCRAFT built from kit, modified or scratch-built scale up to MASTER 1/72

A11 – AIRCRAFT built from kit, modified or scratch-built scale up to MASTER 1/48

A12 – AIRCRAFT built from kit, modified or scratch-built scale up to MASTER 1/32

From smallest scale to 1/72

B2 – MILITARY VEHICLES built from kit, modified or scratch-built (scale up to 1/72) MASTER

From 1/72 to the largest scales

B4 – MILITARY VEHICLES built from kit, modified or scratch-built MASTER 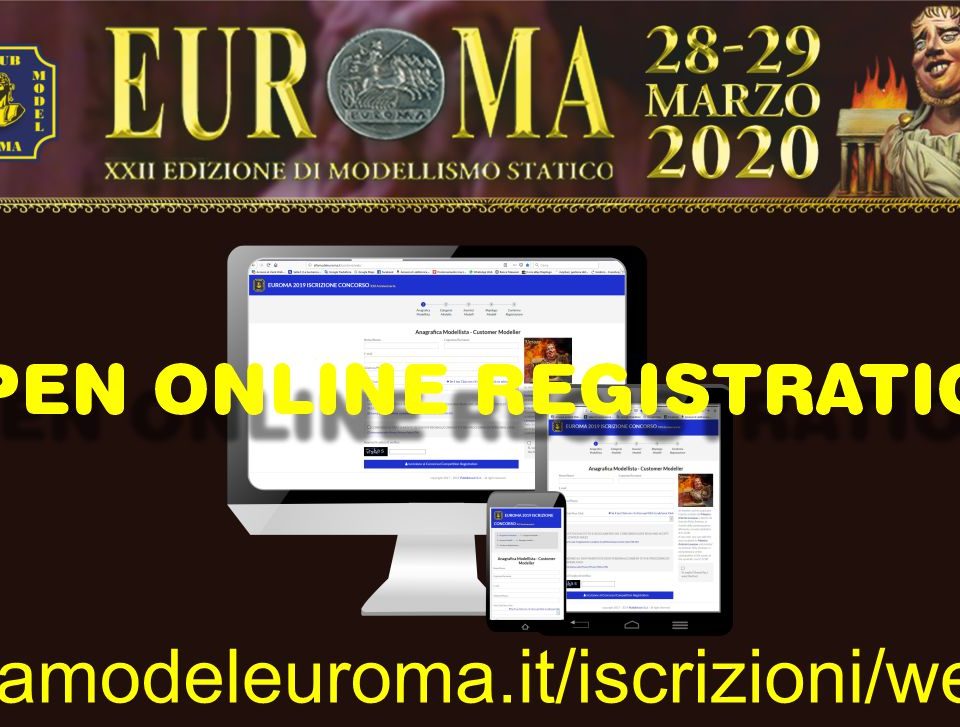